Nestled among the natural caves of Mount Sant’Egidio  in an isolated spot in the woods, near a stream the convent of Celle is a sacred building located 10 minutes from Cortona.  The Hermitage is the first monastery built by St. Francis of Assisi (1211), and was inhabited by him even after receiving the stigmata where he returned in the 1226 before he died. The complex convent was deeply renovated in 1969, built at the turn of a narrow valley, it is very impressive for the amenity and spirituality that transmit. The nature around is beautiful and promotes his silence and contemplation. The magnificent panorama that you can enjoy is a great invitation to praise the Lord.

The dwellings of the monks and the convent premises are willing “stepped” on both sides of the valley. The thirteenth-century church is located outside the complex was built in 1651 by Margherita Venuti, known as the “High Priestess”, On the right is the chapel of St. Felix of Cantalice the altar of the Madonna and Child that offers in San Felice da Cantalice Simone Sprockets. In the refectory, a wooden Deposition by Giovanni da Rovezzano (1632).

The complex is constructed so as to follow the natural contour of the territory. Cells and other rooms of the Convent, in fact, are placed in tiers on the valley slopes, while stone bridges create the connection between the local. The monastery was visited among others, also from St. Anthony of Padua, Brother Elias, by Blessed Guido and St. Bonaventure. From 1537 it is inhabited by the Capuchin Franciscan friars who chose him, until 1988, as a place of novitiate for young people eager to follow in the footsteps of St. Francis. Even today you can visit the cell of San Francesco and the oratory of his first companions. Brother Elias, by order of Pope Gregory IX, who had sanctified San Francesco a year and a half after his death, he prepared the solemn grave enriched by the upper two basilicas. Brother Elias build with the stones of the caves, a small oratory, used as an old dormitory for the monks. Left intact the cell inhabited by St. Francis, realizing with solid walls, built over eight bedrooms, where it enters a bed, a wall-axis table and a chair. This was the ideal described Hermitage and wanted by Saint Francis himself, as a contemplative look on his order.

Reach the convent by Walk 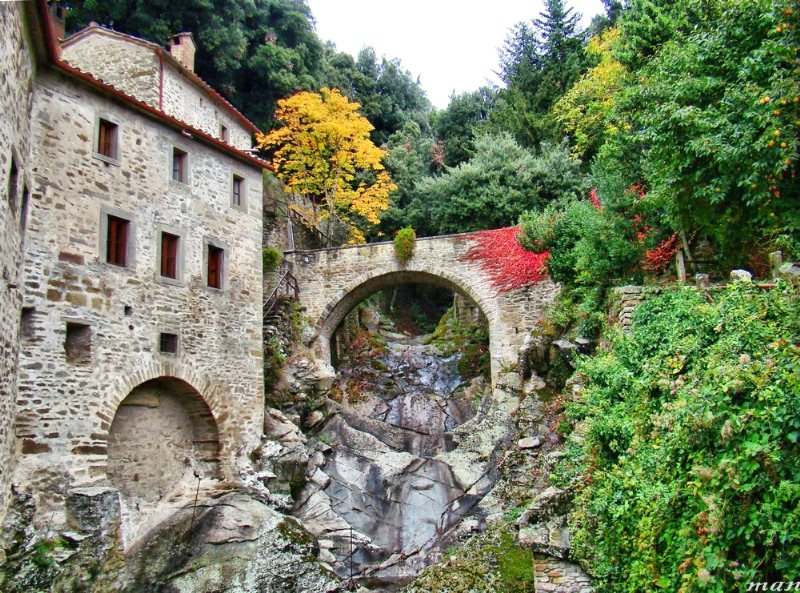 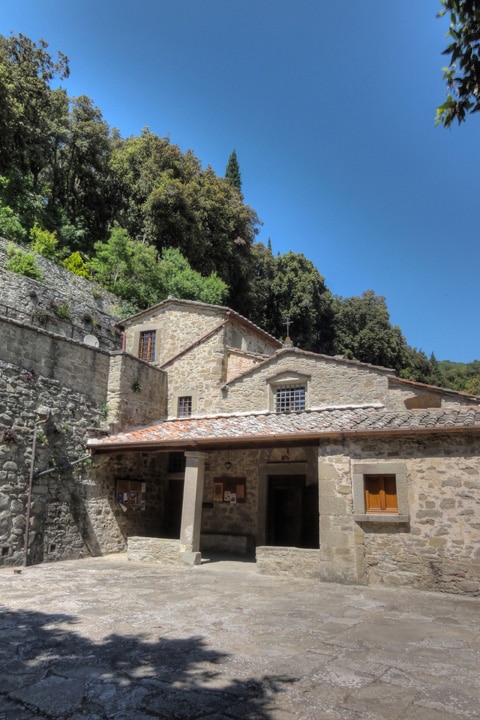