The Museum of Diocesano in Cortona

The Museum is located in Piazza del Duomo, in the former church of Jesus, and collects various objects and works of art from local churches belonging to Diocesano. The art collection was founded in 1945 and has important works by Pietro Lorenzetti, Beato Angelico, Bartolomeo della Gatta, Sassetta and Luca Signorelli, as well as sacred furnishings of great value. The exhibition starts from the ancient object well present, the Roman sarcophagus with the Fighting between Dionysus and the Amazons, dating to the second century A.D. and found myself caught in the Cathedral. The work, discovered in the fifteenth century, was admired by Donatello and Brunelleschi, who traveled specially to Cortona to see it on the advice of his friend. The next room is devoted to painting, which houses a Madonna with Child by Niccolo di Mark (about 1336), the monumental cross shaped and painted by Pietro Lorenzetti (1315-1320, St. Mark’s Church), the Crucifixion and Majesty by the same author, which are also attributed the fragments of frescoes with the way to Calvary from Santa Margherita. Always the Sienese school is the triptych of the Madonna of Humility with Saints Nicholas, Michael, John the Baptist and Margaret of Cortona Sassetta (about 1434), already in the San Domenico.

The work certainly more important is L ‘Annunciation by Fra Angelico; see also the works by Luca Signorelli, born in Cortona around 1455 and died here in 1523, one of the most significant painters of the Italian Renaissance. His nudes anticipate Michelangelo while his landscapes echo the rhythmic compositions of Perugino.

Masterpiece of Italian painting of the early Renaissance altarpiece Annunciation by Fra Angelico (1430), as well as San Domenico, with original dais. By the same artist he is also the triptych of Cortona with predella showing the stories of Saint Dominic. The Assumption of Bartolomeo della Gatta (1470-1475) comes from the Benedictine monastery of Contesse. They are preserved nine local boards founder, Luca Signorelli, including the Lamentation (from Santa Margherita, 1502) and the Communion of the Apostles (from the high altar of Jesus, 1512) are the only ones signed.

The eighteenth-century painting is represented by the canvas with the Ecstasy of St. Margaret of Cortona by Giuseppe Maria Crespi (1701) and the Miracle of St. Francis of Paola Francesco Capella (1750). In Sottochiesa, once the seat of the Society of the Good Jesus, is a cycle of frescoes by Doceno with sacrifices of the Old Testament, designed by Vasari, dating back to 1554-55. The Lamentation of the altar is a group in terracotta glazed scope of Benedict Buglioni (1517). The carved wooden stalls on either side are by Vincenzo da Cortona (1517).

The hall of jewelery and vestments is rich in evidence of the prestige of Cortonese headquarters. Among these stand out the cup by Michele di Tome with translucent enamels (1370), the reliquary Vagnucci Giusto from Florence (1457-58), which incorporated a statue of Christ of the French bill of the first quarter of the fifteenth century (the work was commissioned by the bishop of Perugia, Cortona Jacopo Vagnucci, for the future citizen Duomo). The fine parried Passerini, embroidered for Cardinal Silvio Passerini, it is a work of the Florentine school of the first quarter of the sixteenth century: it consists of thirteen pieces in laminate velvet gold brocade and with the application of embroideries designed by Raffaellino the Garbo and Andrea del Sarto. 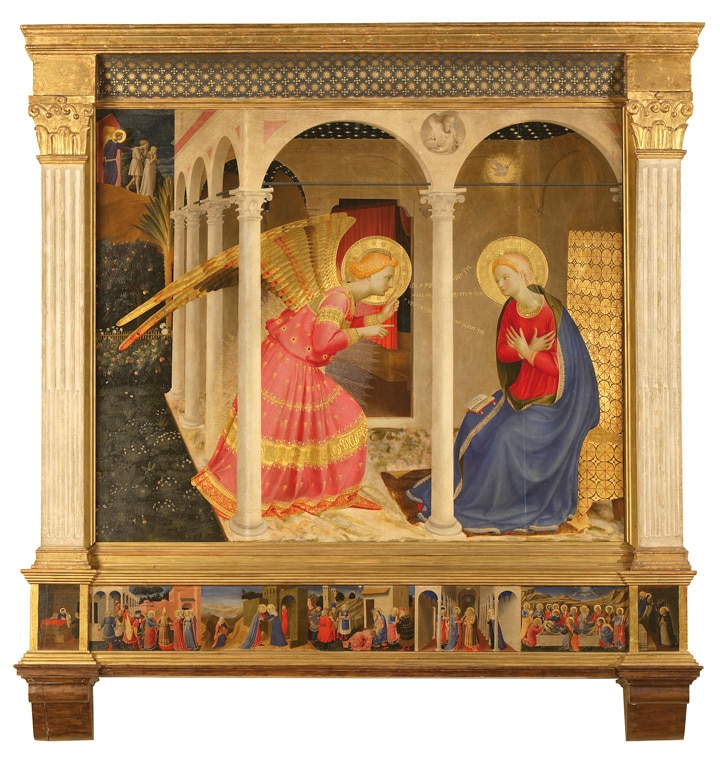 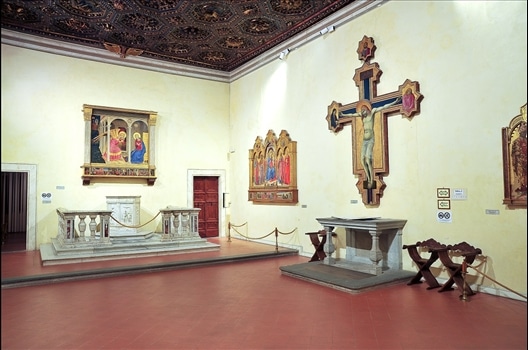 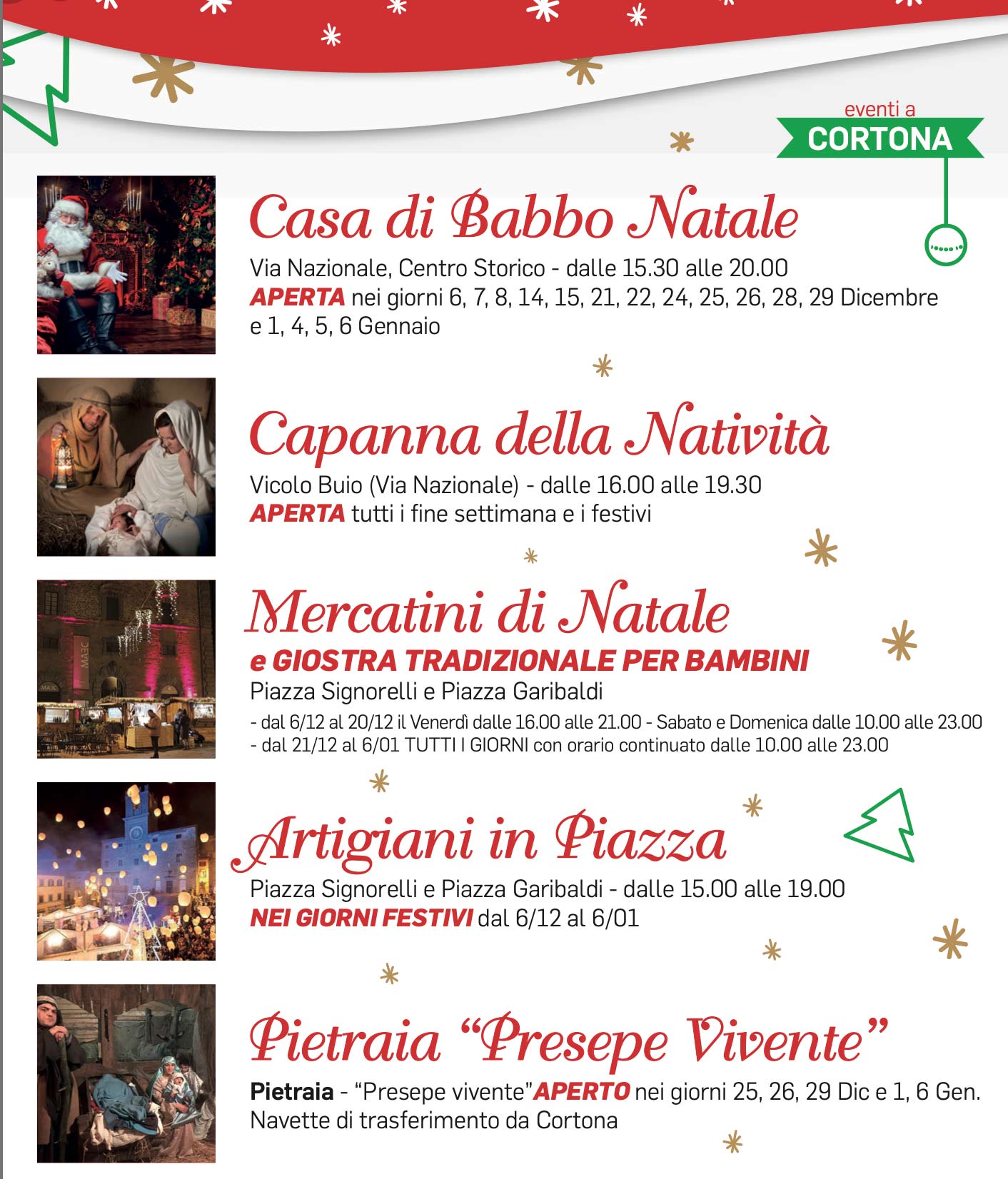 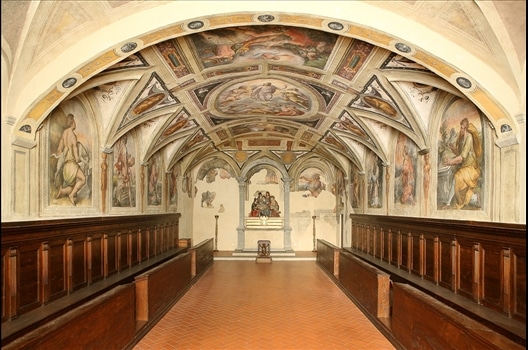 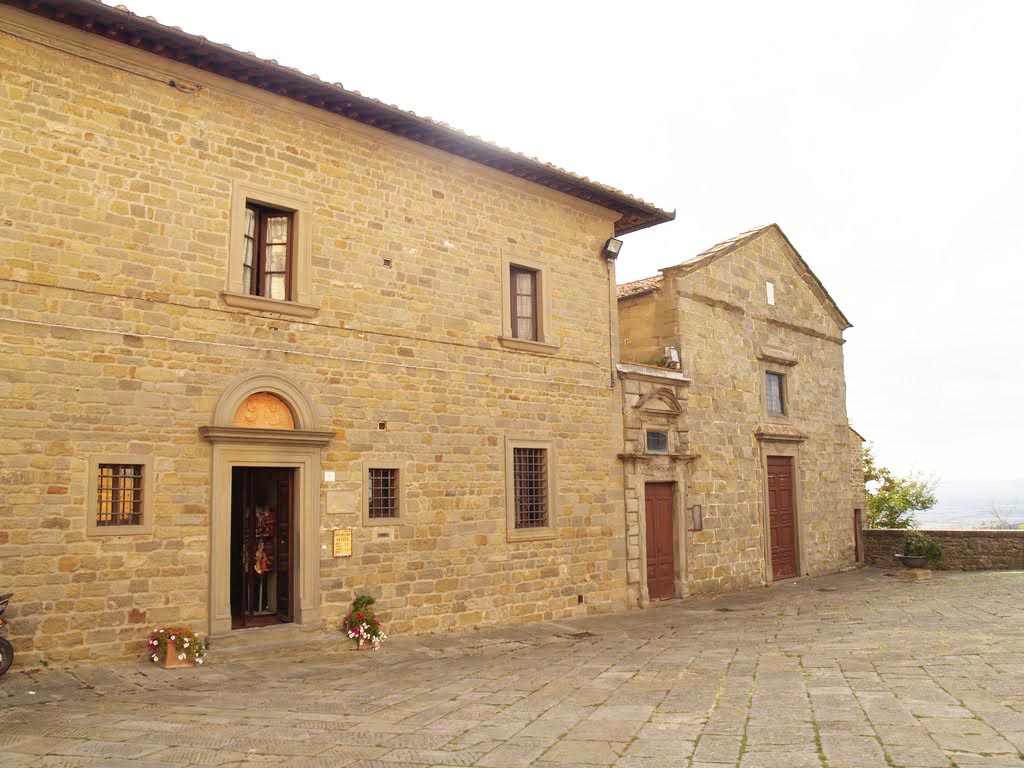 Free entry
Children up to 5 years old. Disabled people with escort (possibility of access only on the ground floor).
Guides with recognition license. Residents in the municipality of Cortona.

It is located in the historic center, within walking distance

About two and a half hours